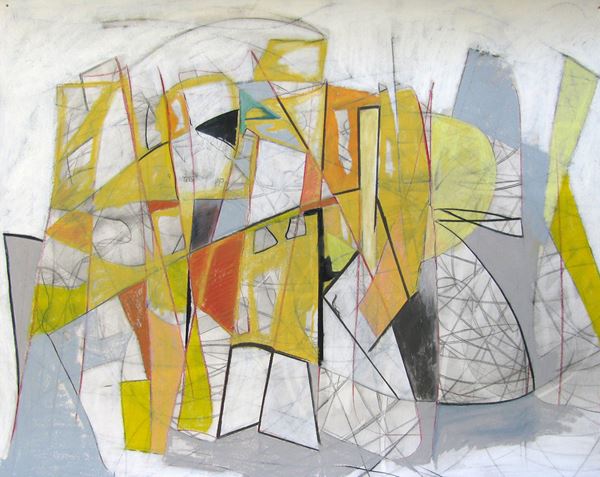 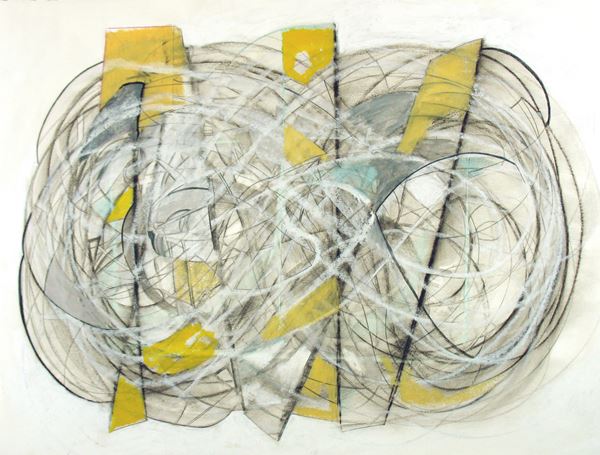 Francine Perlman has been exhibiting sculpture, constructions and installations, and works on paper, since 1985. In January 2017, her site-specific work "Doors Open/Doors Close", which included collages by women living in domestic violence shelters, was cited as one of eight Editor’s Choices (ArtNet News) for must-see shows in New York City. Her large outdoor sculptures in "The Farm Project", in Garrison, NY, were featured in press coverage in both 2014 and 2015. During 2012, she filled a card catalog drawer with 300 tiny works for Alternet, a collaboration with 75 other artists, which has been traveling since January 2013 to venues in many cities around the country. “Where Lines Can Go”, a solo show at Ceres Gallery, included both her sculpture and works on paper. At the Fine Arts Gallery, Westchester Community College, she was granted that venue’s first ever solo exhibition. She has had solo shows at the historic Eldridge Street Synagogue and other non-gallery settings, including synagogues and libraries. Her work has appeared in many group exhibitions in the US, including the Hammond Museum, Schweinfurth Memorial Art Center, the National Jewish Museum, Snug Harbor Cultural Center, the Albright Knox Museum, Ceres Gallery, and Sculptors Alliance at Governor’s Island. Her work appeared in the 2004 Bonn Biennial, Bonn, Germany, in two separate shows at the Frauen Museum, and was acquired by the museum.

Francine Perlman has conducted weekly art workshops at a domestic violence shelter and at a large soup kitchen. She has taught sculpture and three dimensional design at City College of the City University of New York and Westchester Community College, and sculpture workshops with Sculptors Alliance. She has taught drawing for seniors through the Lower Manhattan Cultural Council’s SPARC program and other venues. She has an MFA in Sculpture from City College.

I love building large site-specific constructions, for the combination of content, design, problem solving, physical labor, resourcefulness, and aesthetics, which I can bring to the realization of my idea. They are about shelter, rooms, and open spaces that both expose and contain. At the same time, I love drawing without a plan, moving the charcoal with my whole body in some repetitive and meditative way that in the end yields a blueprint for proceeding, concentrating on line and color, and creating deep space on a two-dimensional plane, echoing my 3-D work.

And then there are those which are not that. But they all come from the same place, using line as the constructor. I often refer to my older works, as they are the progenitors of everything I do now, always a thread visible

I find influences for my work in the details of the world – the built world: architecture, sidewalk cracks, utility poles and lines; the natural environment: the Hudson River, stands of birch, fields of tall grasses; the sciences: optics, geometry, and gravity. Inevitably, the news of the day and global situations. And memories. I know that fleeting images seep in and show up, and often I myself am unsure where an idea came from.