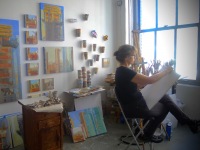 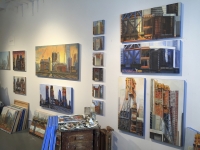 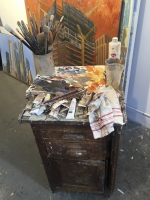 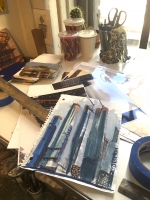 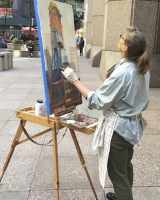 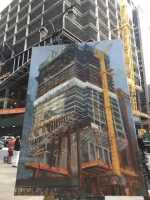 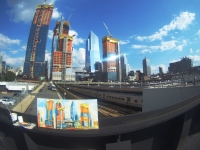 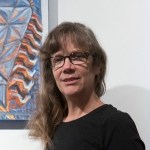 “In 2015, construction began right outside my studio window in Midtown Manhattan on what would become a 42 floor building. Overcoming the desire to flee, I made a decision to stay and record the process from the foundation up. I realized then how fast construction sites change, with new shapes, patterns, light effects and human dramas daily. It set my work on a new path. And as construction has filled my artworks, the city has become my studio.”

Gwyneth Leech has exhibited her paintings, drawings and installations in the United States and the United Kingdom in museum, commercial gallery, public art, corporate and alternative spaces.

In 2018, her construction site artwork has been featured on NY1 television news, in The Village Voice, in international media and is the subject of an award-winning short documentary, The Monolith.